Transparency and trust: a client-builder partnership to remember

The story of how a special working relationship brought an outstanding result on a flagship project - told in conversation with the clients.

162 Fullarton Road is one of BADGE’s proudest accomplishments in the past year. The building on the eastern edge of Adelaide’s CBD is a spectacle of great design and quality execution, bringing mixed corporate and residential use together brilliantly under one roof.

However, it has another distinction that runs more than skin deep. The project was also a triumph of collaboration which saw BADGE work directly with the clients, Thomas Foods International and Medallion Homes.

Anthony Stewart (Group CFO & CCO, Thomas Foods) and Jordan Katelanis (CEO, Medallion Homes) joined BADGE’s Andy Campbell (Construction Manager) and Heath Doyle (State Manager SA) to look back on what made the project such a great example of teamwork between client and builder.

JORDAN KATELANIS: After going out to tender for a builder, we encountered some difficulties – there was a neighbour matter. We know from residential construction that neighbour matters are genuine and can happen at any time. Neighbours can often subjectively feel as though their matter is the most paramount, and we’re always attempting to be respectful of that very genuine feeling, but also take a business approach to it.

ANTHONY STEWART: There was a negotiation, so our first challenge was to get ourselves to a point where we had a workable relationship and no legal risk associated with putting a shovel in the ground and starting work on site.

JK: Through that process, our original builder pulled out. I got the feeling it just got a bit too tough for them… and that’s fine, that’s their prerogative. But what we got out of it was a value-add, because we really feel like we had an additional joint venture partner from the moment we engaged with BADGE. Around every table, it just felt like we were all working together and towards a common goal, which is not always the way it is in construction.

AS: The circumstances played into it… we started off with a level of comfort around the table that we were all really trusting each other to manage this well to everybody’s best interests.

JK: We worked through the neighbour negotiation and mediation period together with BADGE. It would have been extremely difficult if our builder had just said “not my problem”… but it was the polar opposite of that. I believe that’s why we didn’t have a material issue with the neighbours for the whole construction.

AS: I remember the early meetings we had… we spent quite a bit of time talking about just how we wanted to work together, and it was all about early communication, transparency, don’t hide things, get a problem on the table and let’s deal with it. You actually need to start to believe that that’s going to work. So you invest a little bit of time and energy in that upfront, and in understanding the dynamics that are sitting on the other side – because everybody’s different.

JK: It was sort of a mini mantra to make sure that communications going out were uniformed to all parties. It’s basic stuff, but increased visibility on communications allows for extra transparency and accountability, and that’s so important at the start of a project, so that people don’t start pointing fingers like “oh, that’s with the Engineer” or “that one’s sitting with Services”.

HEATH DOYLE: Absolutely, and the way I always try to look at those meetings – with the subbies too – is a constraints meeting. You try to unblock the constraints and flush it out.

JK: Yeah, it’s just problem-solving. It was always about asking what do we need as a team to get past it, as opposed to “that’s a builder issue” or “that’s a client issue”.

JK: At least that I can recall, every contentious issue that came up was confronted and led largely by BADGE and Andy, and I love that. They would tell us, “OK, here it is” – it’s in an email or they’d just pick up the phone.

ANDY CAMPBELL: And from your side of things, when there was options to decide on, there was never a hold up. It was always “OK, what’s the pros and cons of these, and let’s do that one”. That was a huge difference on this job to some others I’ve been on.

AS: Yeah, because you always have things that don’t pan out the way you’d like. BADGE certainly played a role being proactive in flagging things, even though they may not have been the things that we wanted to hear at the time.

JK: Society draws a negative connotation to the word confrontation… but I firmly believe confronting any issue is the best thing you can possibly do. That whole “make it go away” thing rarely works – so confront it. That’s what I gathered to be BADGE’s ethos. 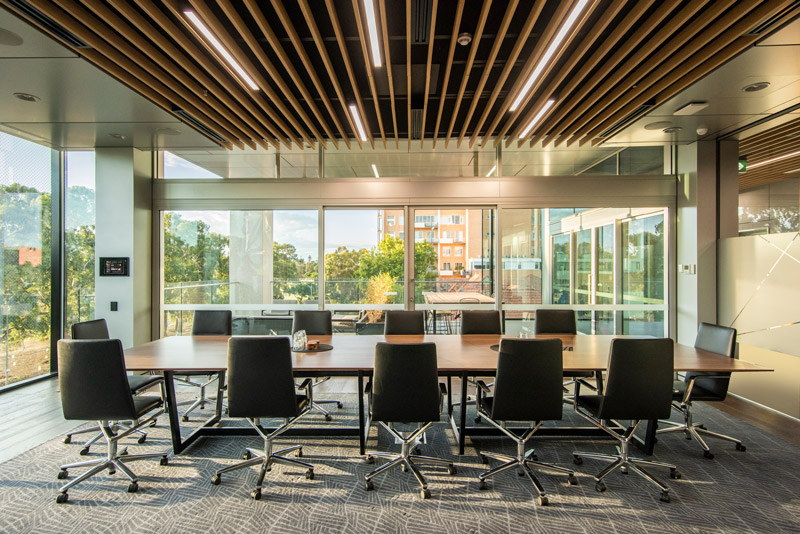 AC: When you talk about risks and significant problems, the big one was the fire test, and the risk involved with staged occupation while completing the fit-out of Levels 1 and 4 that we were awarded late in the project. That was a huge risk that we had to manage through together, and we got it right obviously.

AS: That could’ve been a disaster actually. Had we not got fire certification and been forced effectively to move the occupancy date of the building back, that would have damaged the relationship bigtime, with everybody.

JK: There was a lot of pressure on Andy there to pass that fire test first go, to try and get us in on that date. It was coming in from all angles, left right and centre, but he got it done.

AC: Absolutely, there’d have been no winners if we didn’t get the result we were looking for. There was no finger-pointing – it was just “these are the cards we’ve got, this is the situation, and how do we get through it”. So there was a whole range of discussions and suggestions about that, and it was a case of viewing them as a team and selecting one of those options.

AS: Yeah, it was about management of the stakeholders – who had varying levels of understanding and appreciation for what was involved, but who would have been very unhappy had it all unravelled. 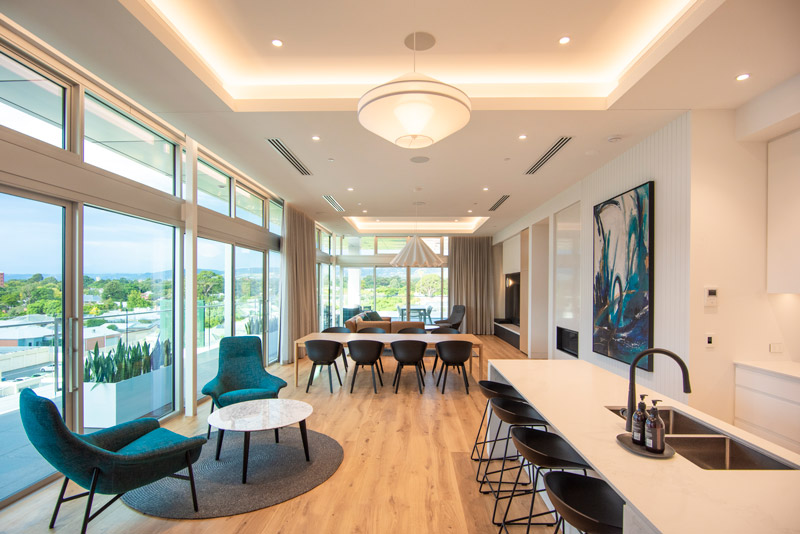 AC: The other big challenge was probably working with the neighbours who’d had the concern before the project started – and again, you trusted us to manage that in the best way we saw fit.

AS: We made a very conscious decision to give you and the team time to work through that. What could have been a really difficult, problematic, disruptive factor in the whole thing, ended up really not being a problem. In fact, at various points along the way, they allowed us to do things that technically we’d agreed we weren’t going to do, to help the project, because there was a relationship that was building.

JK: Also, at the start, we were told that BADGE’s original Site Manager on the project was selected because of how cordial his approach was with neighbours. Andy said we could have had other site managers, who were all vastly experienced, but they’ve all got different personalities. So that was a deliberate, considered choice by BADGE to put him in. Then (later in the project) he left… but in comes Richard Cornthwaite to replace him. He’s been there and done it all, and he makes it happen. We were ecstatic in the end because it was a seamless transition – not a blip.

AS: And it’s a residential environment, so you’ve got the neighbours that are watching everything. It was interesting for me just watching the interaction in the times when the street was closed, and there were works going on that were disruptive. You could see the way they were talking and interacting out on the street that it was working well… whatever was being done, and however it was being managed along the way, people understood. 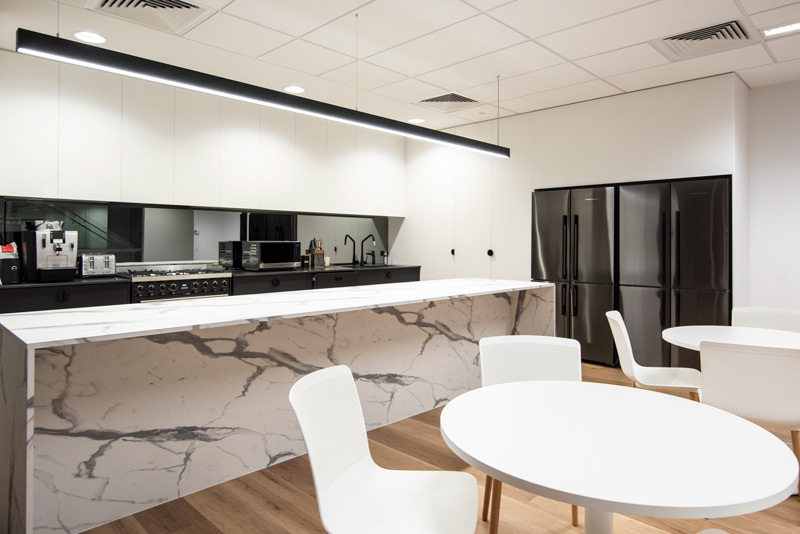 HD: So reflecting finally on BADGE’s role here – is there anything in particular you felt we brought to the project to make this arrangement work?

AS: This project did sit well with you guys. You’re large enough and capable enough, you’ve got all of the expertise and the functional capability – but you’re not too big to still have a very personal, open, flexible approach to things.

JK: We were comfortable with the people we had in the room… and Andy brought what I’d call the ‘intensity’ that is required to head up a project. You want to be on side with a guy like that because it’s not going to be him who drops the ball. That’s good, because it made everyone else lift – the consultant team, his own team, and the clients.

AC: From my perspective, the consultants played a huge part in our success – particularly Cube Architects and MLEI Engineers. Construction queries were resolved promptly, and that allowed the works on site to flow. And of course the superintendent was Cube as well, so they were integral to the relationship-building, and their approach really allowed all of us to make this work.

AS: Yeah, the other key to this whole thing was Cube. It was pretty important that they delivered, and they definitely put the yards in to ensure that was the case. 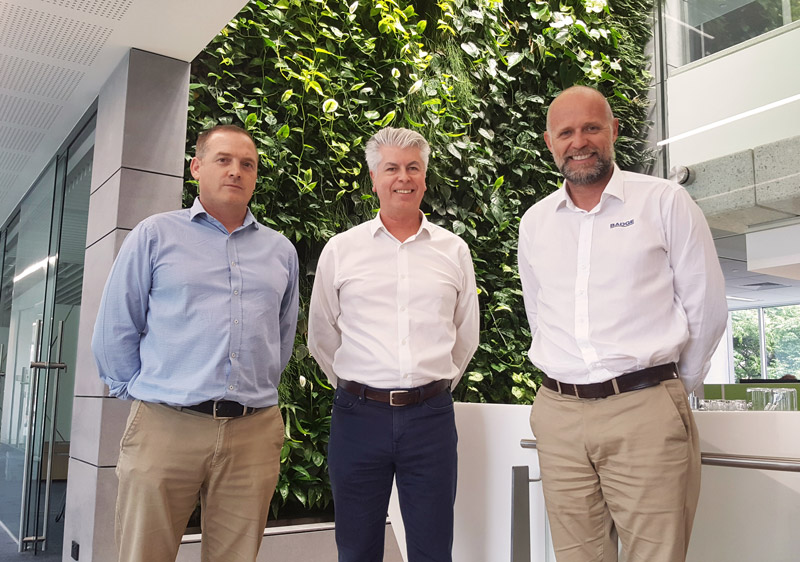 HD: And in terms of the result, in the end?

AS: We’re genuinely very happy, and I would say that Chris and Darren have very high standards and expectations – but they genuinely are very pleased with the outcome.

JK: For Peter Katelanis (Founder, Medallion Homes) and Hans Grauwelman (Founder and Project Architect, Cube Architects), this was a more than ten-year journey from when Medallion first acquired the land. We embarked on, and received approval for, a smaller building – however scrapped those plans after a re-zoning occurred, which ultimately led to the building we have today. This architecture ultimately is a now a legacy piece for Hans, as he has since retired. Without overstating it, I can’t speak highly enough of BADGE, and I can’t provide enough positive superlatives about the entire process. 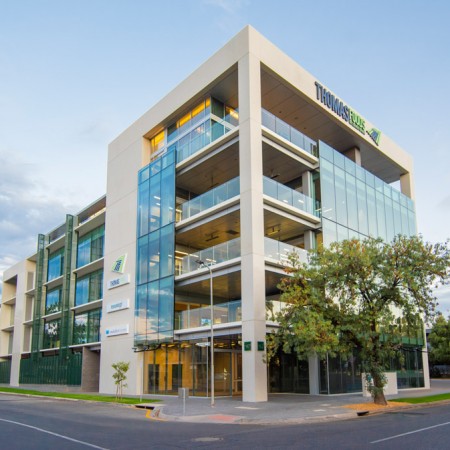